Gerald Wellburn was a legendary collector of British Columbia Stamps, Postal History, B.C. history through all kinds of documents, and locomotives.

Wellburn’s San Juan Islands collection (including letter from John A. Macdonald) is in our milestone 1300th Auction

His Panama Railroad collection is in our 12th December 2020 sale

Gerald Wellburn created the Historic Vancouver album charting the transformation of the forests into an “magnificent city”. 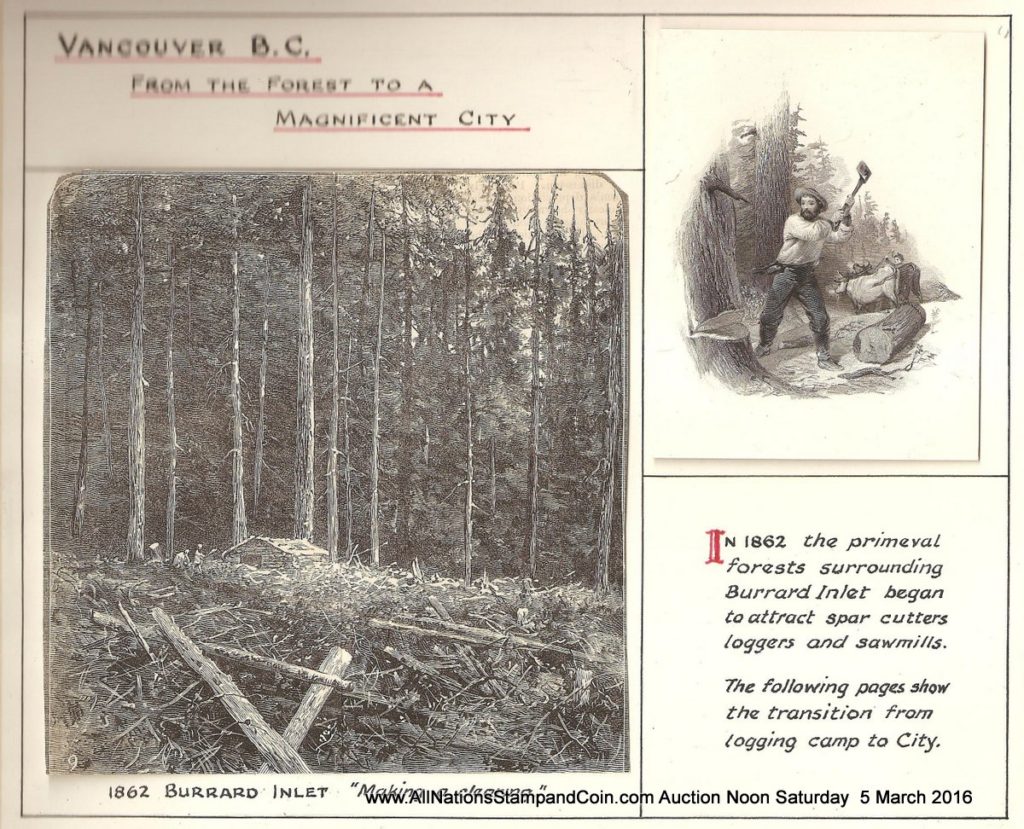 Wellburn created an album for the 1858 Fraser River Gold Rush. 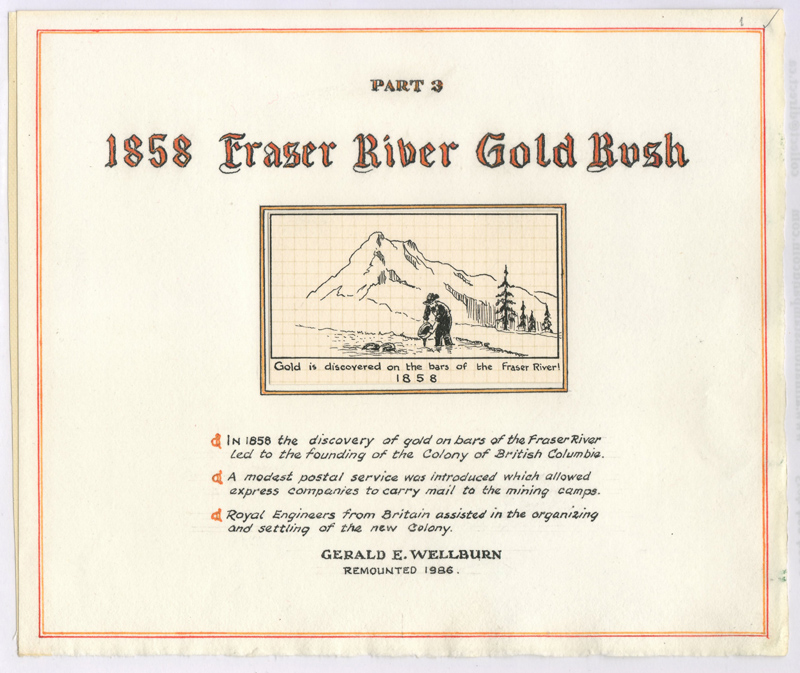 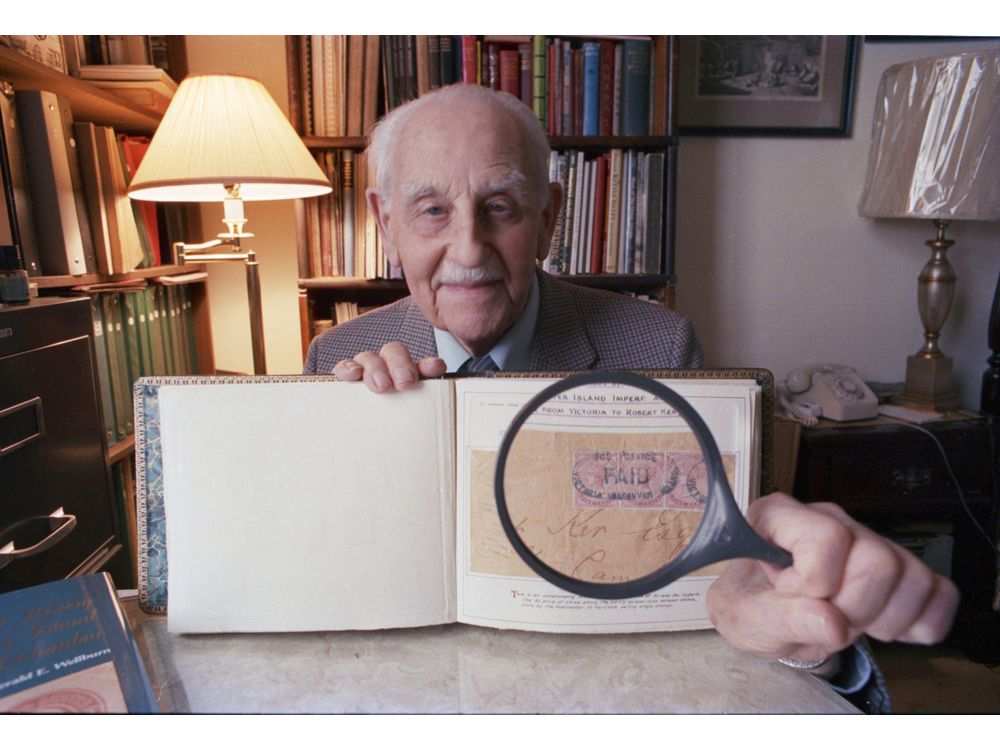 Gerald E Wellburn was born in Yorkshire England on January 6, 1900, too late to be the first baby born in the new century.  In his family it was well known that was the last time he was late for anything!

Stamp collecting was very popular with English school boys and when his grandmother gave him a penny red stamp in 1908 he was hooked.

The family immigrated to Victoria BC in 1911. Young Gerry was fascinated to learn that the colonies of British Columbia and Vancouver Island had issued their own stamps before joining Canada in 1871. He immediately began collecting BC stamps and historical documents. 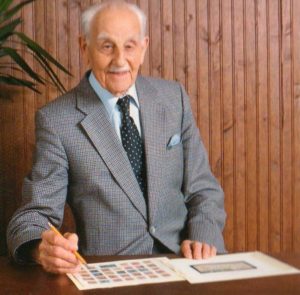 Family stories have him as a young man spending his Sundays having tea with members of prominent Victoria families the ones that may have kept some old letters and documents. He told a story of one family, the daughter then quite elderly, who still lived in the original family house and how after many Sunday teas he gained access to the attic, which was full of boxes of historic BC letters and documents. Telling the story years later Gerry’s eyes would light up and he would say if she had died and there had been a rush to clean out the house all those lovely boxes may have been thrown away.
As soon as dinner was finished and the dishes cleared off the dining room table Gerald E would get out his stamps and work until he went to bed. He spent countless hours putting together his albums and doing extensive research.  He was a distinguished Philatelist and won many awards for his collections.

Always a collector, when for a brief time he worked for the CPR, he fell in love with steam trains. During the scrap drives he became alarmed at the scrapping of his beloved steam trains and began collecting them. His acreage in Duncan became Grandpa’s railroad a three foot narrow gauge railroad complete with a working steam train and cars.
He collected everything logging equipment, locomotives, trucks, buggies and cars until he almost outgrew his ten acres. He was the founder of the Cowichan Valley Forest Museum and this is where his collection resides today. His famous saying was “it’s a shame to break-up a collection”

When Gerald retired he and his wife Ethel moved to Victoria. During this time he remounted some of his earlier albums. On visits with family he always brought an album that he was working on. It was amazing how much he knew about the people behind the stamps and covers. He was a spell binding storyteller and an excellent public speaker.  He made trips to Vancouver to visit with other stamp collectors; If he appeared with an item from another collector it would be just what he had been looking for and he would be very excited. When he started to sell off some of his collection he did not want it going to a museum where it would sit in a dusty corner neglected but to go to a collector who would appreciate it and show it to others. He really appreciated other collectors

Gerald E Wellburn was a collector and a person who collected because he was deeply interested in history and wanted to preserve historical things. Spending days researching such things as who was that unknown young fellow in the famous picture of the CPR’s driving of the last spike. He wanted to know the people behind the history and to tell their stories, that was Gerald E Wellburn 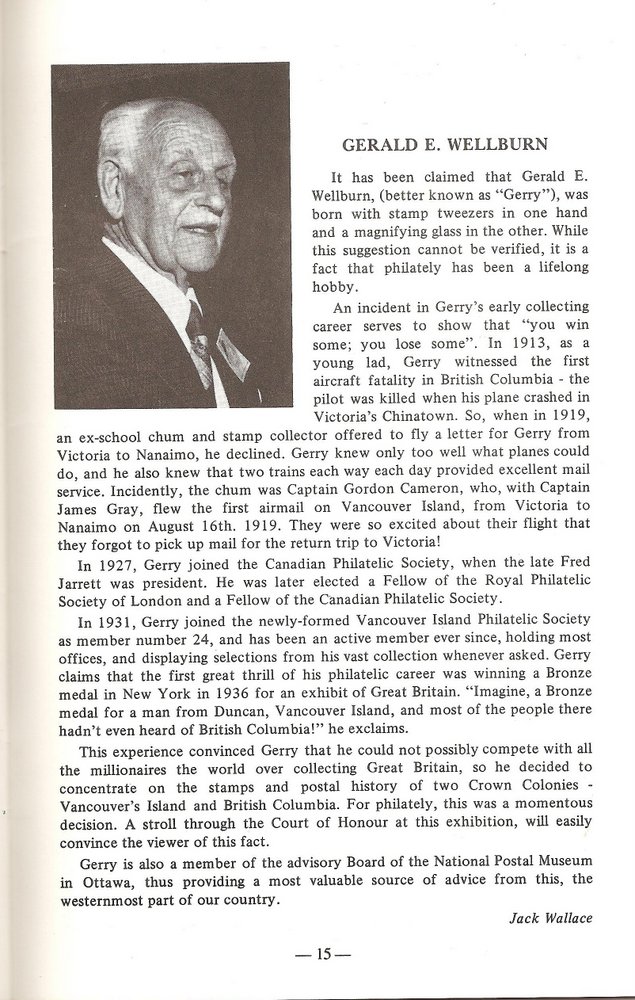